You may have guessed from the title, but today is my lovely dad’s 60th birthday. If this doesn’t call for a cake, what does!

Liquorice allsorts are one of his all-time favourite things. For as long as I can remember they have been a staple birthday / father’s day / christmas present when stuck for any other ideas. While trying to figure out what to call the individual allsorts, I came across this brilliant h2g2 guide. Very entertaining but not sure I’d agree – why on earth would you leave chocolate until last!

As I was making 3 cakes I wanted them all to be different flavours, so they truly were allsorts!

First and most time-consuming from a decorating perspective – a replica of the blue sugar ball covered allsort, which normally has an aniseed jelly inside. This one was much sweeter however – a lemon madeira cake centre, covered with a blueberry buttercream, and finished with rolled circles of blue fondant. 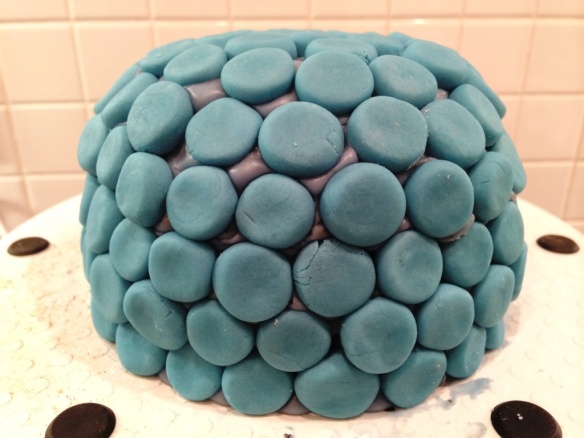 To make both the round cakes I used the smaller of my Ikea Sockerkaka moulds – a perfect size so we wouldn’t be eating cake for the rest of the month! And very quick & easy to clean between recipes as well.

Next up, in the same circle mould, the yellow coconut covered allsort. Sticking with the coconut covering made it easy to recreate the look, and inside I used my Tropical Fruit Cake recipe. A simple circle of black fondant on the top finished the liquorice look. 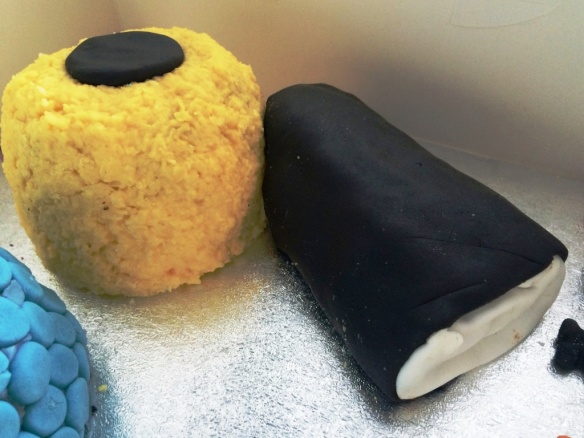 Finally, and sneaking into the above picture, the black liquorice tube filled with a white cream, for want of a better name! This one was an easy chocolate swiss roll , filled with a vanilla buttercream. To get the outer look, I wrapped white fondant around the ends, before rolling the whole cake in some black-coloured chocolate fondant. My hands were rather black too after kneading the food colouring into that! 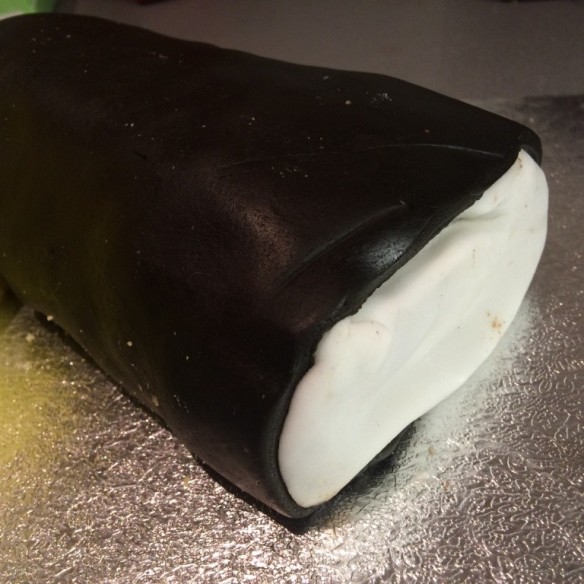 By the wonderful power of hindsight, I do wish I’d made the swiss roll a bit smaller. Putting all the cakes together on the board I realised that the planned “60” was actually rather tricky to read!

Still, with black hands and a bomb-site of a kitchen, it had to do! I’d bought a pack of allsorts to model the cake on, so used some of these to decorate the edge of the cake board, and the others as well-earned reward for a tired baker 😉

Trying to spell out a message with allsorts was not a big success, so a piped message in matching liquorice-black took their place. And more allsorts for me to eat! 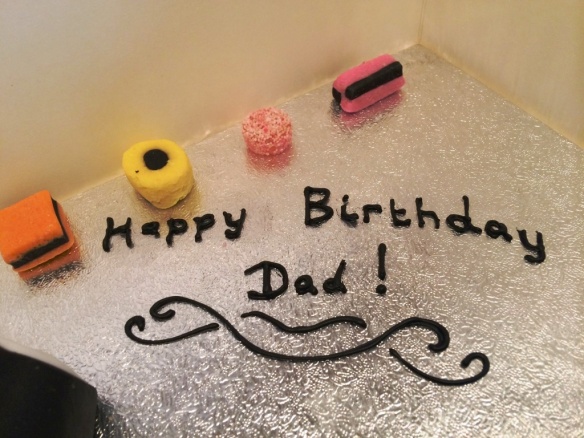 We celebrated with afternoon tea at Perkins Restaurant in Nottingham, (as it was THAT good last time), alongside some suitably over-sized helium balloons. 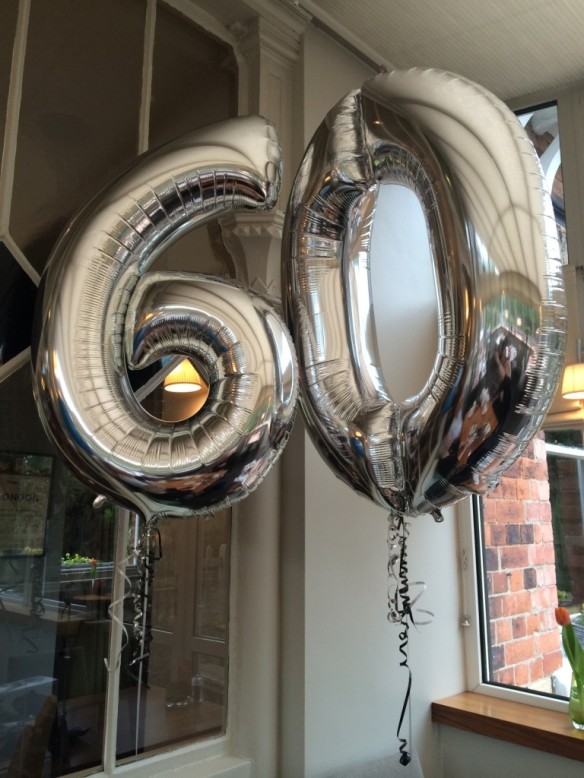 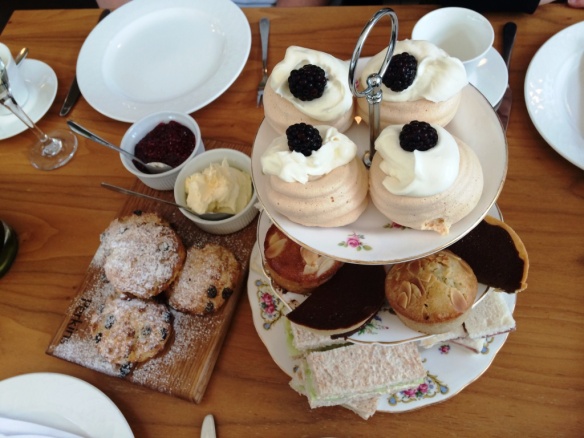 And of course it was amazing as always! The staff let us while away the afternoon with plenty of tea refills, and just when dad thought all the cake was gone – out they came with much, much more! One happy daddy 🙂