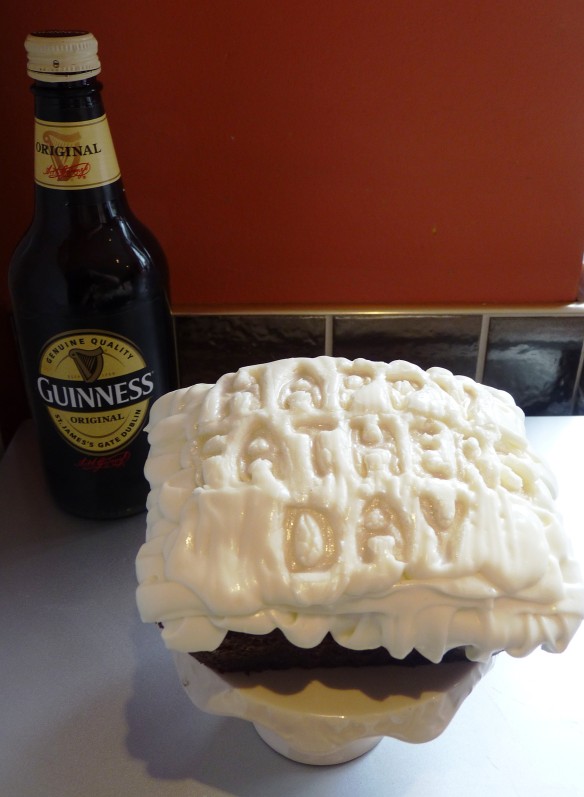 A good friend mentioned a Guinness chocolate cake recipe to me a few weeks back, and father’s day seemed like the perfect excuse to try it out!

The recipe she’d used was Nigella’s Guinness chocolate cake, and, not having cooked with beer before, I was happy to stick with the pro’s. So – here is my take!

The recipe itself is amazingly easy, basically stick everything in a big saucepan and set the electric mixer loose. I did substitute the sour cream for some fat-free vanilla yoghurt, as the sheer volume of sugar seemed like more than enough unhealthiness for one cake! It also makes an awful lot of the gorgeous gooey mixture; when I’d suggested making a half batch poor Rob’s face had fallen, so cupcakes it was too.

The mixture cooked beautifully and came out a lovely rich, dark chocolate colour, almost like a mini glass of Guinness itself.

For the icing I also went against Nigella’s advice. A whole pot of real cream? I wanted to give my dad a treat, not a heart attack! My icing was white chocolate cream cheese frosting – a tub of extra-light cream cheese, a bar of white chocolate, melted, and enough icing sugar to whip it up to a pipe-able consistency.

The cake I piped with a narrow, slanted nozzle, going in lines across and up and down the cake, to give a ribbon like effect. I love the way it looks like foam around the edge, like the head on a pint of the black stuff.

The cupcakes had the same frosting – smoothed across the top then piped into a swirl to finish: 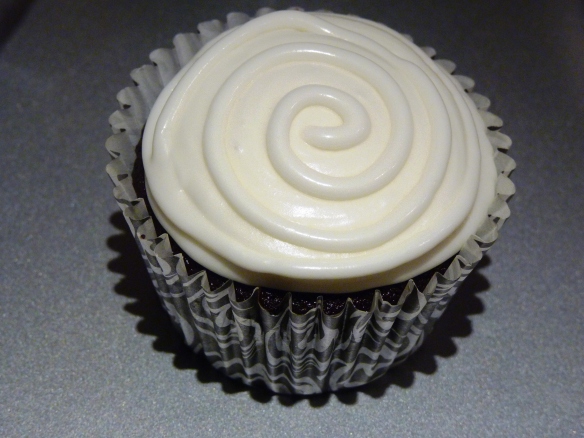 I finished the cupcakes off with a small abstract swirl of dark chocolate; piped onto greaseproof paper, chilled, then gently place on top of each cake – all the same yet beautifully individual.

For my dad’s cake, I wanted to add a father’s day message. When it comes to letters, my piping skills really aren’t so hot. Plus, I didn’t really think this one needed any extra chocolate! 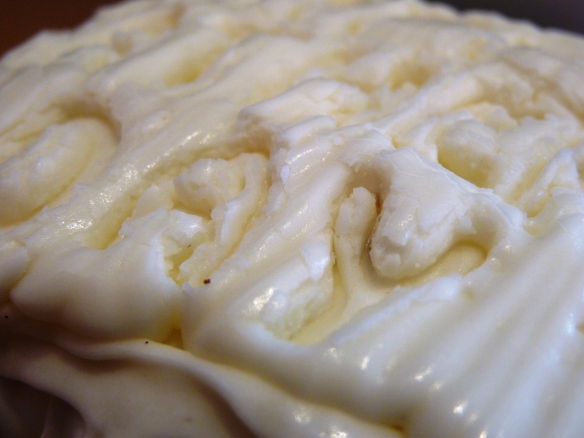 …before carefully filling in each letter with some silver lustre, to make them really stand out!

Boxed up, it was ready to go with the rest of my gifts (some yummy fresh cheeses from lovely local deli Delilah).

It looked fab and hopefully tasted so too – Happy Father’s Day dad! 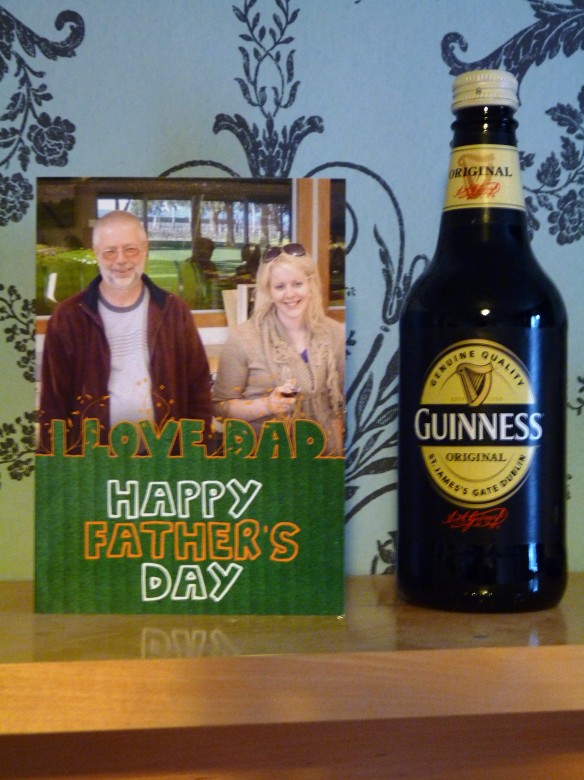 In preparation for my first Photo Friday, I took some extra photos of the cupcakes with some fresh strawberries. There were too many to put on the other post, but too good to go to waste! 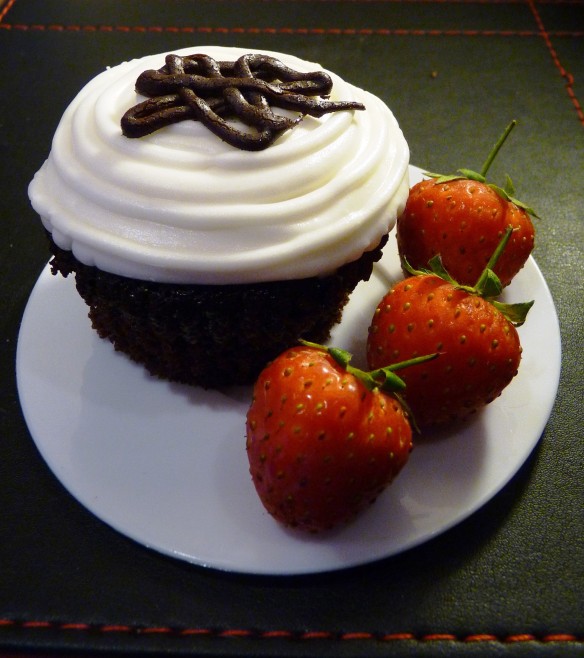